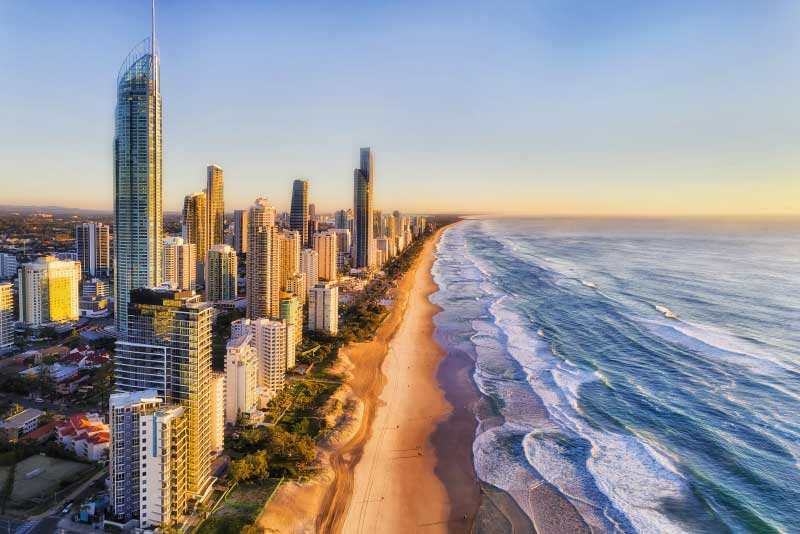 Queensland will open its borders to fully vaccinated travellers from interstate hotspots on 1:00am, Monday, December 13, Premier Annastacia Palaszczuk has announced.

With 78.67 per cent of Queenslanders over the age of 16 fully vaccinated, the Premier confirmed the state would open up to hotspots before December 17 as initially planned.

From next Monday, double-dosed travellers from hotspots – including New South Wales, Victoria, ACT, Greater Adelaide and parts of Northern Territory – will be able to arrive in Queensland via road or air.

No quarantine will be required for the fully vaccinated, though travellers will need a negative COVID-19 test within the 72 hours before arrival.

Anyone who is not fully vaccinated will need to arrive by air and undergo 14 days of hotel quarantine.

The state will also drop a requirement for people to have waited two weeks after their second dose of a COVID-19 vaccine to be considered fully vaccinated.

The state will now also require travellers from domestic hotspots to get a COVID-19 test five days after they arrive in Queensland – penalties will apply for people who do not.

Ms Palaszczuk said it was important to reunite families, especially in time for Christmas.

“This is going to be a very, very special time of the year and as a government we’ve been very conscious of how important this is, to reunite families,” she said.

Queensland’s roadmap foreshadowed an opening of borders when 80 per cent of residents over the age of 16 were fully vaccinated.

“We can’t predict exactly when but we know it’s going to be this week,” Ms Palaszczuk said.

“It’s been nearly two years, tragically we’ve lost seven lives, but the results have been really unprecedented compared to the rest of the world,” Ms Palaszczuk said.

“We fought back and contained nearly 50 outbreaks.”

Ms Palaszczuk said Queenslanders had “answered the call” to come forward and get vaccinated.

She said authorities were anticipating hitting a 90 per cent rate of full vaccination by mid-January.

Ms Palaszczuk said an update on the Omicron variant would be provided to National Cabinet on Friday.

Ms Palaszczuk acknowledged travel restrictions had been very tough on border communities, and thanked them for their patience and understanding.

“From Monday, vaccinated border zone residents will be able to move freely across the border for any reason,” she said.

“You will need a border pass and the border pass will run for 14 days – but you will not need a test.

“We know that it has been extremely difficult for our border communities and we’re hoping to provide some greater flexibility and freedom of movement for those communities.”

“It’s a massive milestone for people, we’re expecting a lot of people to be travelling into Queensland,” she said.

“As a result, we are expecting extensive delays. I need everyone to plan ahead and pack their patience.”

She asked people to ensure they had their border passes and asked motorists to consider travelling outside of traditional peak hours.

Police will use vehicle technology to scan all vehicles coming into the state.

“We, as always, will adopt the approach of compassion and communication and education first and foremost – but as always, those that blatantly disregard the directive, there are heavy, heavy fines: $4,135,” she said.

Commissioner Carroll also said police have relocated a heavy vehicle checkpoint to Coomera to allow for a better flow of traffic.

Acting Chief Health Officer Peter Aitken said opening up with an 80 per cent double-vaccinated for those over 16 would put Queensland in a better position than many other jurisdictions.

“We will have cases – that’s inevitable. And we have to be ready for that,” he said.

Dr Aitken said “some of our family members and relatives will get sick”.

“The vaccination stops people getting really sick, it doesn’t stop people getting COVID. So we just ask everyone to think about that as our borders open up – think about, if you’re going into crowded places or you’re visiting elderly relatives, wear a mask. If you’ve got symptoms, come forward and get a test.

“If you haven’t been vaccinated already, get vaccinated.

“This is the real thing — be ready, we will see cases of COVID in the community, and we have to be ready to live with that,” he said.