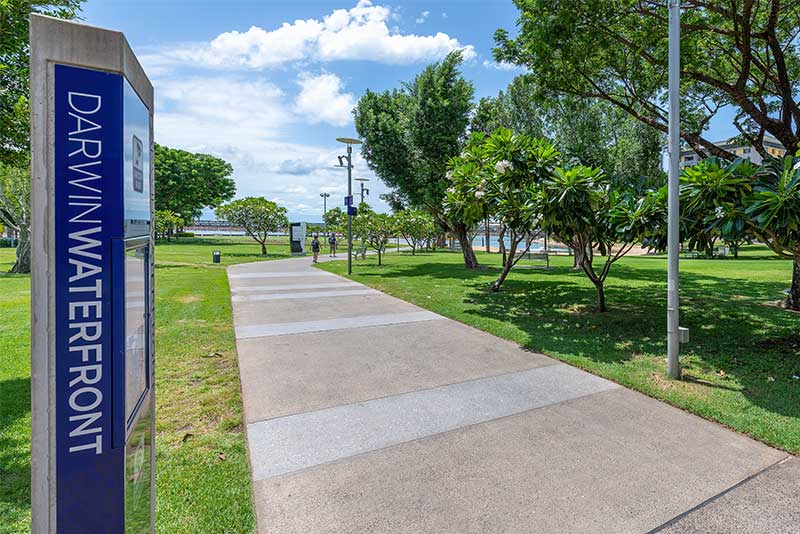 Anyone in the Northern Territory aged 16 and older will be able to get a COVID-19 vaccine, Chief Minister Michael Gunner has announced.

Currently, people over 16 who were not already included in the staged vaccine rollout could only book in for the vaccine if they lived in regional parts of the NT, including Alice Springs and Katherine.

But from tomorrow, health authorities will expand the rollout to include young people in Darwin, Palmerston and the rural area.

It means the Northern Territory is the first Australian state or territory to offer the vaccine to everyone in the general population aged 16 and over.

Mr Gunner said it meant the vaccine would become available to about 60,000 more Territorians.

He said the expansion was a “sensible decision” based in part on the region’s large Indigenous population.

“When you consider not just the make up of the Darwin population, but how people move in and out of Darwin, it makes sense to treat us as you would a remote vaccination centre,” he said.

He urged Territorians to be patient, saying the supply of the vaccine may not meet the immediate demand.

He said a “high-volume clinic” would be set up by July 1 in anticipation of a surge in demand from young people.

Mr Gunner said he hoped all eligible Territorians would be able to receive vaccinations by the end of the year.

The NT’s Acting Chief Health Officer Charles Pain said about 7 per cent of Territorians have been given a vaccine, which was still “nowhere near what we need”.

“We are very much in a race now to get us all vaccinated,” Dr Pain said.

“The Territory is particularly vulnerable, as we all know.”

More than 13,000 Territorians have now been fully vaccinated.