Mother’s Day in Australia falls on Sunday, 9 May, 2021. It’s traditionally celebrated on the second Sunday in May and was first celebrated in Australia in 1910, according to the National Library of Australia. “Australia celebrated “Mother’s Day” yesterday for the first time,” reads an excerpt from The Leader and Orange Stock and Station News in 1910. “At special services held in Sydney white carnations were worn,” it continued.

Is Mother’s Day a public holiday in Australia?

Mother’s Day in Australia is not an official public holiday. It is celebrated widely because it always falls on a Sunday, which is a weekend for most. This means that while most Australian businesses will observe their regular Sunday trading hours, there are some hospitality venues that offer special promotions and events specifically for Mother’s Day.

Why is it Mother’s Day and not Mothers’ Day?

There’s a reason ‘mother’ is singular. Jarvis was very intentional about the name of her holiday. It’s Mother’s Day — as in one mother. The way Jarvis put it, Mother’s Day is a day to honour “the best mother who ever lived, yours”. But Mother’s Day became way more popular than she expected. People today honour any mum-like figure in their lives. 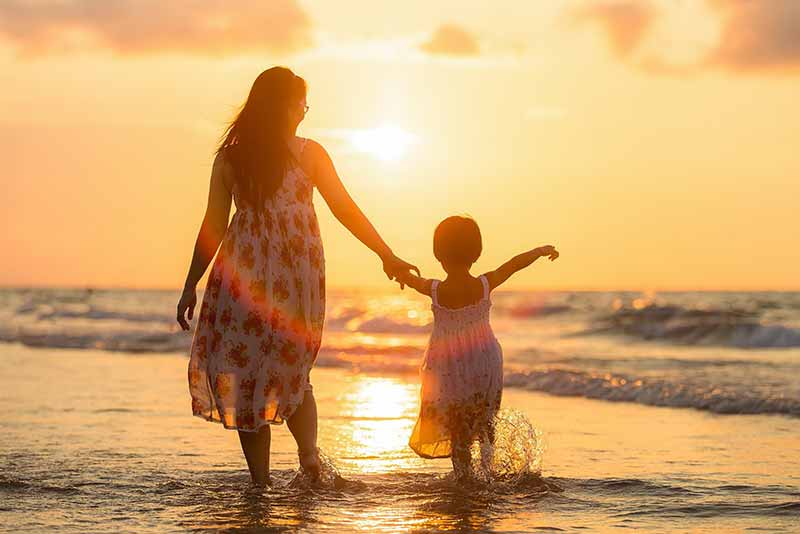 The history of Mother’s Day

Anna Jarvis founded Mother’s Day to honour her beloved mother, then spent the rest of her life fighting the holiday’s commercial and political exploitation. She died alone in an asylum. Her story — and the modern-day story of Mother’s Day — began, of course, with her own mother. Here’s how it all got started.

In 1858, Ann Reeves Jarvis (Anna Jarvis’ mother) organises Mother’s Day Work Clubs to improve sanitary conditions and stem her community’s appalling infant mortality rates. In her lifetime, Jarvis has 13 children and only sees four of them live to adulthood.

In the wake of the Civil War, Ann Reeves Jarvis (Anna Jarvis’ mother) coordinates a Mothers’ Friendship Day in West Virginia to bring former foes on the battlefield back together again. The initially tense day goes well, with veterans from the North and South weeping and shaking hands for the first time in years.

Julia Ward Howe, a mother and another forerunner of modern-day Mother’s Day celebrations, suggests a “Mothers’ Peace Day.” She makes the case that war is a preventable evil and mothers have a “sacred right” to protect the lives of their boys.

The inaugural celebration of Howe’s “Mothers’ Day” takes place in June of this year.

Ann Reeves Jarvis dies on the second Sunday in May.

One of Jarvis’ surviving daughters, Anna Jarvis, organises a small service in honour of her deceased mother on the second Sunday in May at the Andrews Methodist Episcopal Church in Grafton, West Virginia.

The first formal “Mother’s Day” commemoration is marked with another service on the second Sunday in May at the same church in Grafton, and with a much larger ceremony in Philadelphia. Jarvis has white carnations distributed to the mothers, sons and daughters in attendance in Grafton.

The governor of West Virginia makes Mother’s Day an official holiday on the second Sunday in May.

While waging a relentless letter-writing campaign to drum up support for Mother’s Day, Anna Jarvis creates the Mother’s Day International Association and trademarks the phrases “second Sunday in May” and “Mother’s Day.” “She wanted Mother’s Day to be a very private acknowledgment of all the mother does for the family,” said Katharine Antolini, a history professor at West Virginia Wesleyan College. “It was very sweet.”

US President Woodrow Wilson makes Mother’s Day an official national holiday. Jarvis is gratified by her preferred placement of the apostrophe in “Mother’s Day” – making it singular possessive, not plural possessive, so each family would honour its one and only mother.

Shortly after the official launch of Mother’s Day, Jarvis begins to sense she’s created a monster when she sees the florist, card and candy industries cashing in on Mother’s Day and public interest groups using the holiday to make political statements. She rails against exploitation of what was supposed to be a special, reverential day for families.

Jarvis endorses open boycotts against florists who raise the prices of white carnations every May.

Jarvis threatens to sue the New York Mother’s Day Committee, of which New York Governor Al Smith and Mayor John Hylan are members, over plans for a large Mother’s Day celebration. The event is cancelled.

Jarvis is slighted when the American War Mothers successfully lobby President Franklin D. Roosevelt and Postmaster General James A. Farley to unveil a Mother’s Day stamp. The stamp features a portrait of painter James McNeill Whistler’s mother with white carnations and the words, “In memory and in honour of the Mothers of America.”

Sensing that she can’t contain her creation, Jarvis threatens to end it during the 1940s. “She told me, with terrible bitterness, that she was sorry she had ever started Mother’s Day,” said one journalist who allegedly pretended to be a deliveryman so he could meet the increasingly reclusive Jarvis.

Jarvis, now 80, is placed in a mental asylum called the Marshall Square Sanitarium.

Jarvis dies at age 84, alone and penniless from the various legal battles she waged over the holiday she started. She never made any profit from Mother’s Day, and she never had any children.

Consumers spend big bucks on their mums each Mother’s Day. More people purchase flowers and plants for Mother’s Day than for any other holiday except Christmas/Hanukkah. In 2019, before the COVID-affected Mother’s Day in 2020, Americans spent $25 billion on the holiday – with $5.5 billion of that spent on jewellery. Source: “Memorializing Motherhood: Anna Jarvis and the Struggle for Control of Mother’s Day,” a dissertation by Katharine Lane Antolini – with NBC, CNN