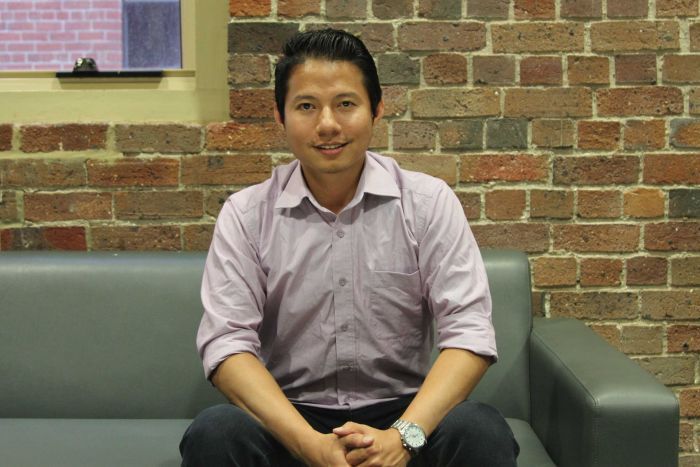 PHOTO: Hoang Xuan Doan was shocked when he was the target of racist abuse.

The number of international students in Australia continues to rise, with enrolments now making up more than a quarter of the total at some universities.

But the life they had imagined didn’t always match up with the reality when they arrived.

Five international students share their stories in the hope others don’t feel so alone.

Hoang Xuan Doan had dreamed about living in Australia before leaving his home country to study English and a Masters of Project Management in Melbourne.

He pictured Australia as a beautiful country where “everything was nice”.

But within two weeks he was the target of a racist rant on a suburban train and he quickly learned not everyone would welcome him.

“I looked around and thought maybe she wasn’t talking to me but there’s just a few people in this cabin,” Mr Doan said.

“I tried to be polite with her, I said: ‘Please calm down because I didn’t do anything. Why are you angry with me?’ And she said, ‘F*** you Asians, you come here and you take all our benefits, you take my job and you make me become homeless’.”

Mr Hoang said before he arrived in Australia he had heard stories about racism, but he was completely unprepared for the ferocity of the verbal attack.

“I was so surprised. It really shocked me,” he said.

While Mr Doan was quick to mention the many friendly Australians he had met, this bold display of racism had also left some fear in his mind.

“At that moment I thought, ‘Oh my God, will I meet the same person next time?'” 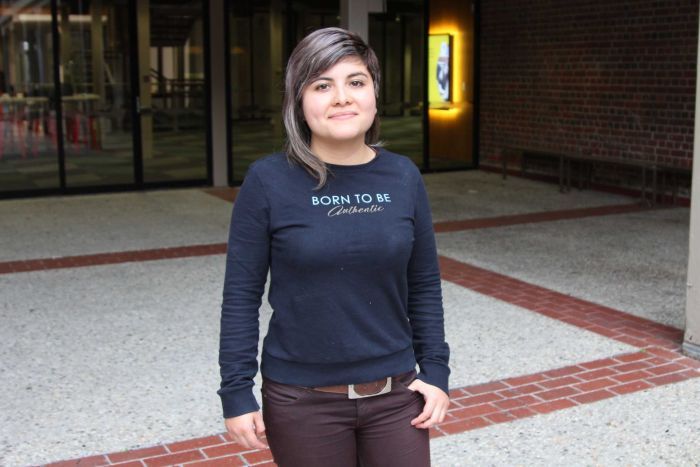 PHOTO: Karen Penagos has worked many jobs to support herself in Australia.

When Karen Penagos left Colombia to study English in Australia, she gave up a good, safe job at a multinational company, trading her comfortable life for one of financial struggle.

Her parents were supportive of the move but were unable to support her financially, and with only basic English skills she found it difficult to find employment.

“When I got here first without very good English it was very, very hard for me,” she said.

“[In Colombia] I had a car and a very good place, and when I came here by myself, alone, looking for jobs, paying for my school, it was very, very challenging.

“There are many, many students and it is very, very competitive, and if you apply for a job you are not the only one, so you have to be the best every time you do something.”

Ms Penagos said the search for a job caused her, and many other international students, a lot of stress.

“Australia is a very expensive country so even if your parents help you, you have to help yourself as well.”

Ms Penagos said some of her friends were only able to find work as cleaners, which provided almost no opportunity to practise English.

“It’s not always about the money but learning, sharing, hanging out, meeting new people.

“For me, a good job is something that helps me improve my communication skills, maybe a place where I can use my experience or my knowledge from my country.

“And a job … where I am part of a team, where I can share and meet people every time, a nice environment, especially with locals.”

This was a common theme among the international students we spoke to; the difficulty meeting and making friends with Australians.

Language barriers, cultural differences and a large cohort of international students living, working and studying in the city all made it difficult to meet locals.

Ms Penagos said she had to force herself not to spend time with other Spanish-speaking students.

“In my country I was a little bit introverted and I had my family and I was very comfortable, but here I was alone, completely alone, so I had to change myself and be more open and try to make friends from other countries.

“I have done many, many jobs. I was taking care of a man with Parkinson’s so I learned a lot from him, I was living in a homestay with an Australian grandma which is now like my grandma, I love her.

“I tried to open myself to others and I changed a lot.”

Coming to Australia changed Yiling’s life in a way she never expected.

Yiling (surname withheld) is gay and it was only after spending time here that she felt confident enough to come out to her mother.

But she still feels unable to tell her father and the pressure weighs heavily on her shoulders.

“I feel like I have different lives, here and back in China,” she said.

“Here I don’t care because I think society gives me the sense that I don’t have to fear about coming out so I am very happy, I am very confident to tell everyone that I am lesbian.

Yiling said she was not worried about what people thought or said about her but she was careful not to bring shame on her parents.

“Before I came to Australia I never thought that I would come out to my parents, because I know the environment they grew up in and I know their education about gay people.

Yiling planned to find a “fake husband” when she returns to China after her studies.

“I know it sounds very ridiculous, finding someone acting as your husband; it maybe sound ridiculous to you, but for me I think it’s very necessary.” 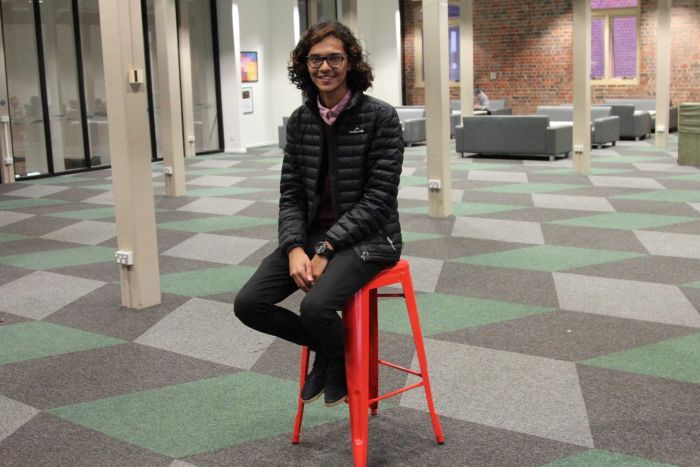 PHOTO: Ujash Patel found it difficult to jump into a new culture.

As a teenager in India, Ujash Patel couldn’t wait to move to Australia to gain more independence and a new perspective on the world.

But once he arrived the reality was not as bright as he had hoped for.

Homesickness hit harder than expected and he started to yearn for the busy, noisy family home he left behind.

“There was a point in my life where I was really frustrated with my family,” he said.

“But there was a lot of help that I used to get from my family back then as well which I probably didn’t realise.

“After shifting here I felt like there was a very huge portion that was missing. I started to feel really homesick.”

Mr Patel said many international students he spoke to could relate to that feeling.

“Back home families are very supportive, so even if you don’t have many friends or you aren’t an extrovert you can still have someone to share your feelings with,” he said.

“But when you shift here it’s really difficult for us to attract the locals and go out and do all the things that they like to do.

“They already have their groups formed, they have their school friends, even when they go to university, and we have our different interests, we come from a different culture so it’s really difficult to find a common link.

“I’m not blaming it onto either the domestic students or the international students, it’s just that there’s a huge gap in the culture.”

Mr Patel said as a foreign student in Australia, going out and meeting people could sometimes feel like hard work.

“Back home it didn’t used to feel like it was work. It was normal to have friends and family.

“When you start again in a new country it’s difficult, but of course it’s worth it. The entire journey is worth it.” 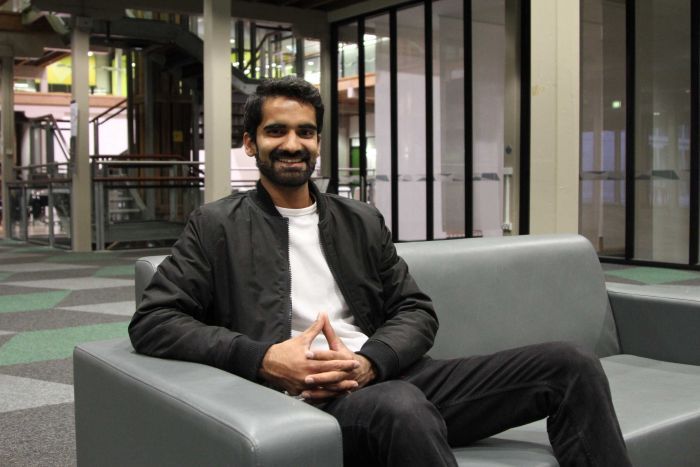 PHOTO: Akhtar Ali’s family expected him to stay in Pakistan to help run the family business.

Akhtar Ali finished his studies last year and is now working in Australia.

He said loneliness was one of the biggest challenges he faced.

“It still is, so I’m thinking of marrying soon,” he said.

Mr Ali said in India, Pakistan, Bangladesh and Nepal families all lived together.

“You just stay there in a big family so you kind of miss them a lot, because here you are alone, by yourself, with no relatives and even no new friends. That’s, I think, common with all the students.”

Mr Ali said other international students had shared their stories as part of a theatre performance called She’ll Be Right.

He said it was important for other international students to know they were not alone because they often struggled to share their feelings with others.

“First of all it’s culture. Most of these students they are shy,” he said.

“Then comes the problem that the universities don’t have much of the initiatives to make students aware that we are here for you and you can come to us with problems. If they actually promoted it more they would know more and maybe they would be encouraged to get help.”

The show is supported by Study Melbourne, a Victorian Government initiative to help international students transition to life in Australia, as well as Deakin, Victoria and RMIT universities, City of Melbourne, the Australian Federation of International Students and ISANA.

It was created and directed by independent artist Catherine Simmonds, in collaboration with 20 international students.

“A big part of [the Australian] economy is based on these students, so if students are not happy, soon this industry is going to collapse and I don’t think the Government wants that. So it’s good that we came out and we are telling others that these are the problems we are facing.

“If it gets better then soon there will be more people coming to Australia for study.”

The next performance of She’ll Be Right will be held at Victoria University’s CBD campus at 4:30pm on May 4. Tickets are free.