Cutting Australia’s migration rate would cost the budget billions of dollars, lower living standards and reduce jobs growth, according to a report delivered to the Federal Government.

The paper, prepared by the departments of Treasury and Home Affairs, found the 2014/15 intake alone would contribute nearly $10 billion to the budget over the next 50 years.

“Migrants deliver an economic dividend for Australia due to current policy settings which favour migrants of working age who have skills to contribute to the economy,” the report states.

“This, in turn, increases Australia’s GDP and GDP per person, with positive flow-on effects for living standards.”

The release of the report coincides with a heated debate within the Coalition about Australia’s immigration rate and increasing community concerns about how quickly the country is growing.

Australia accepts up to 190,000 permanent migrants each year — most of them skilled — but former prime minister Tony Abbott wants that number halved to help lower the cost of living and reduce pressure on infrastructure. 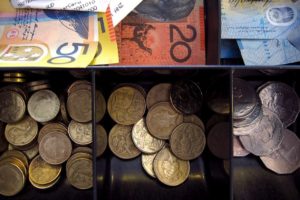 The report acknowledges a bigger population brings challenges, including more congestion and demand for housing, and warns infrastructure investment must keep up with the growth.

But it also warned a reduction in immigration would shrink Australia’s workforce.

In turn, that would have far-reaching consequences for the economy, including “significantly lower[ing] GDP and GDP per person than would otherwise be the case”.

“Migration has been critical to growth in the Australian workforce in recent years,” it states.

According to the report, recent migrants account for 65 per cent of the new jobs that have been created in the past five years, which is significant given that Mr Abbott made a pledge in 2013 to create a million jobs in that time-frame.

Australia is on track to meet that million jobs target, but the report makes it clear that it is mainly because of high immigration.